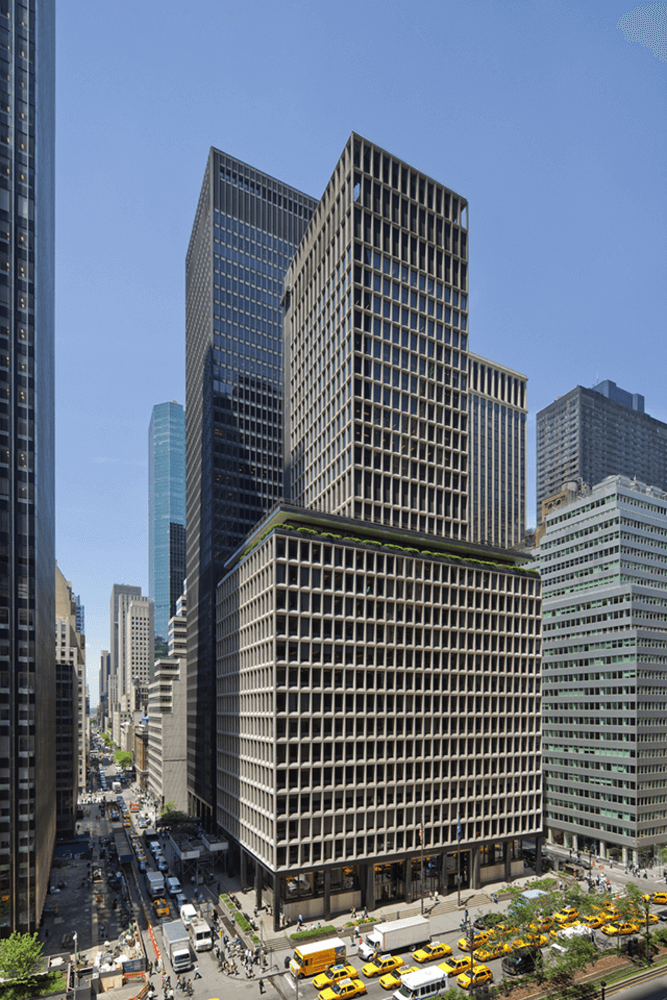 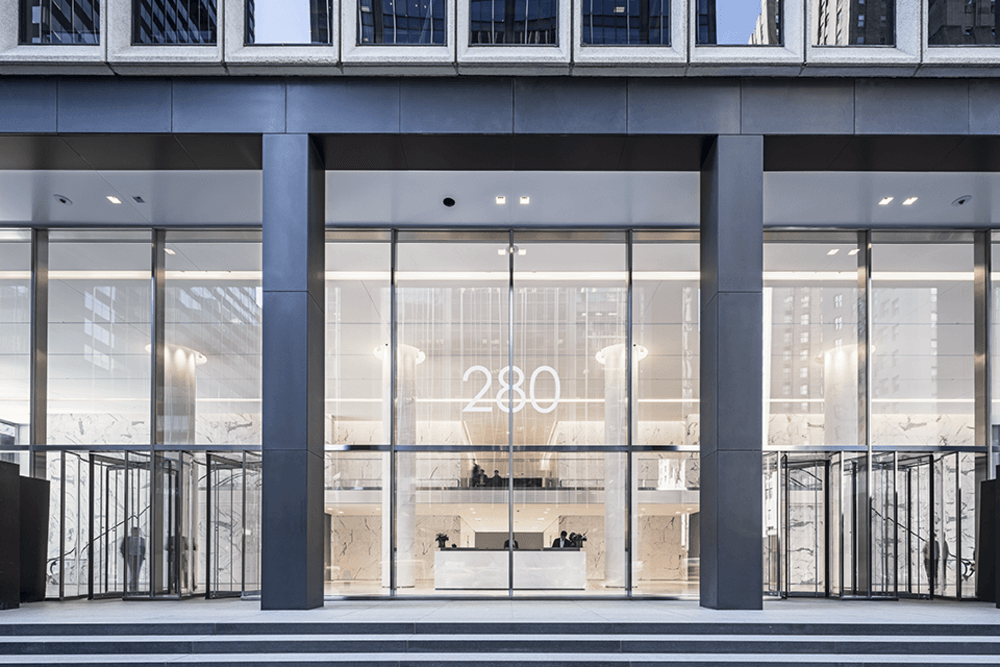 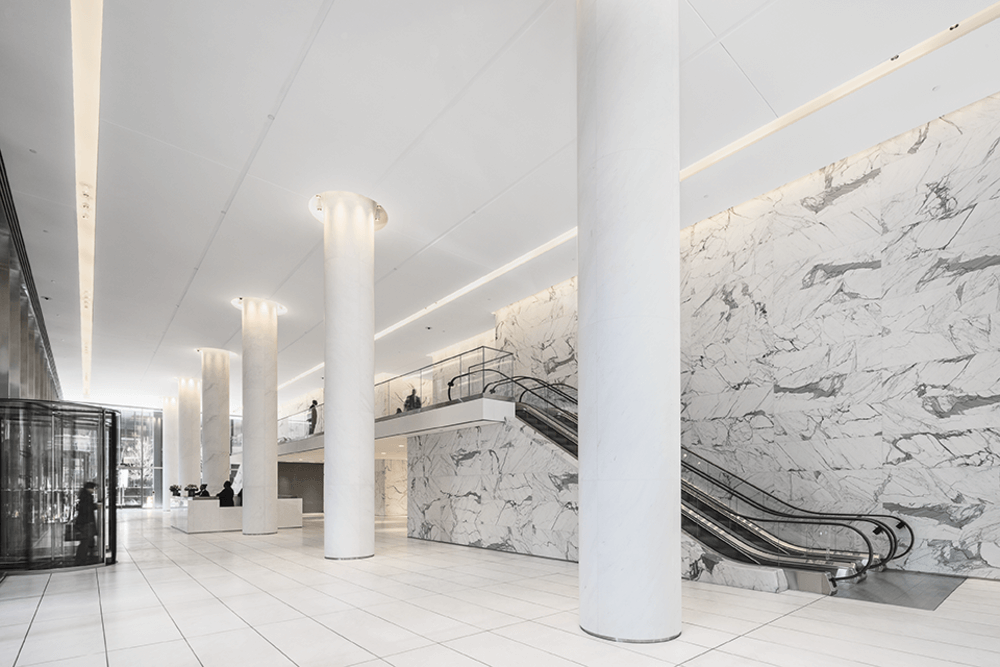 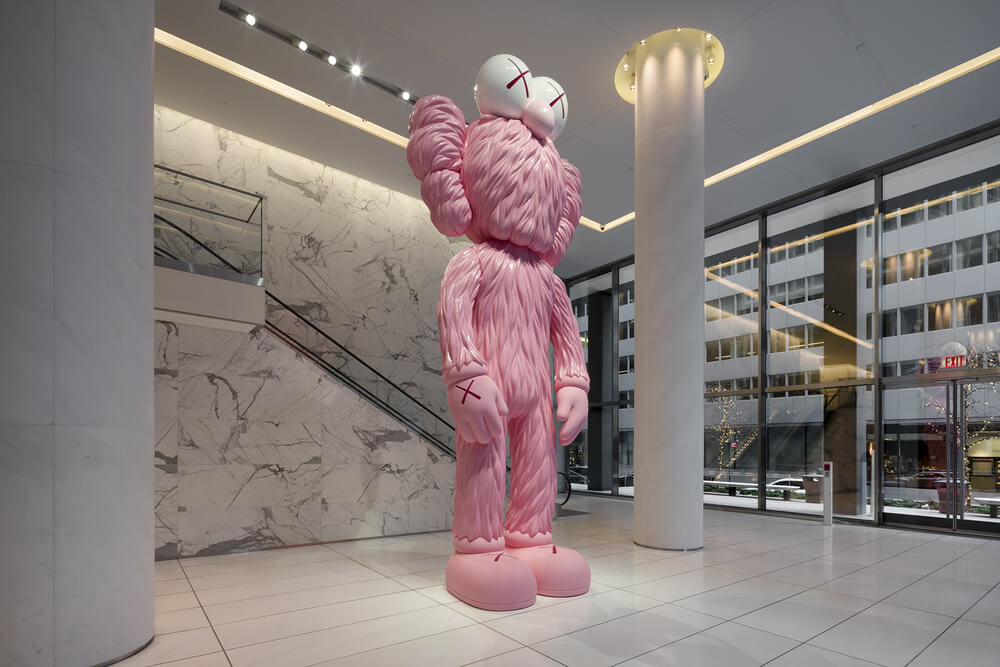 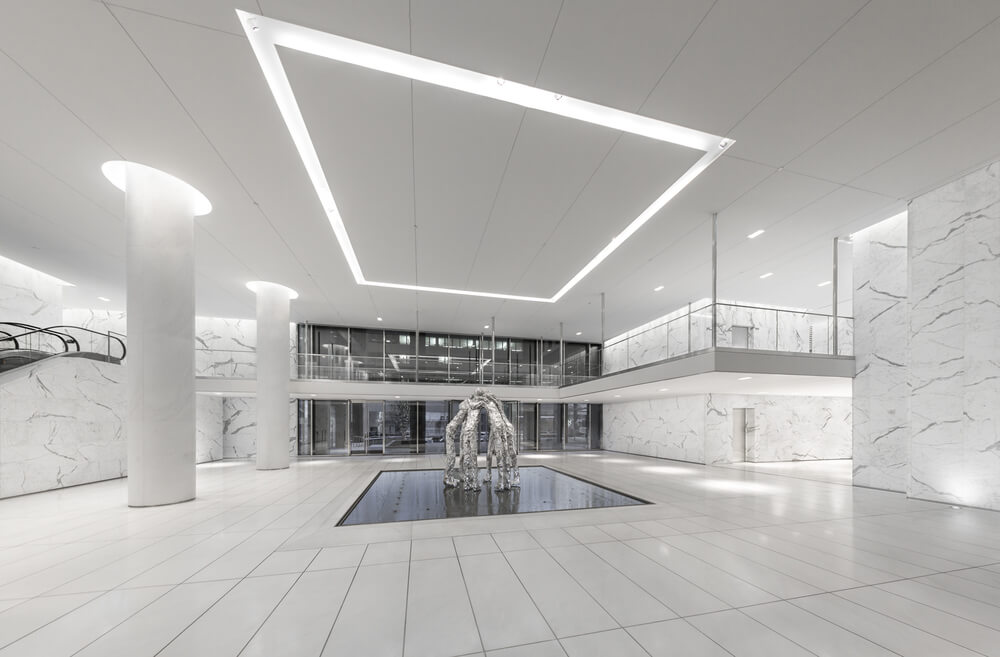 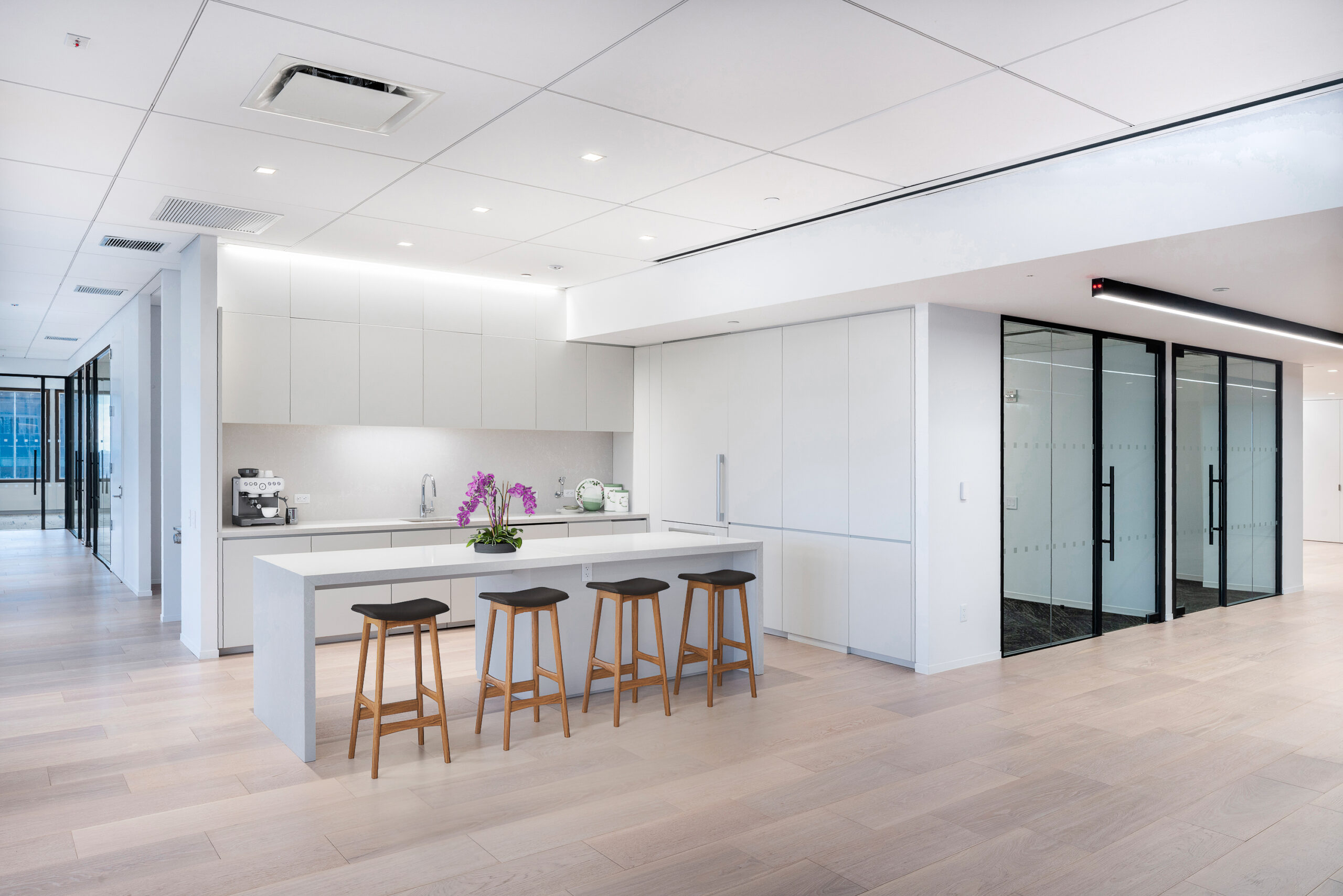 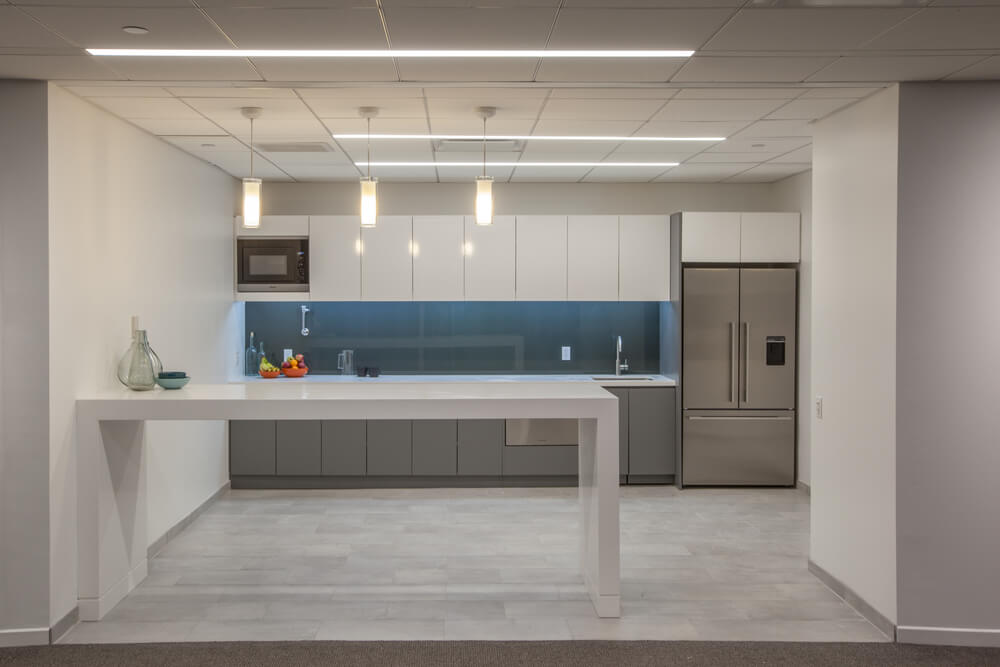 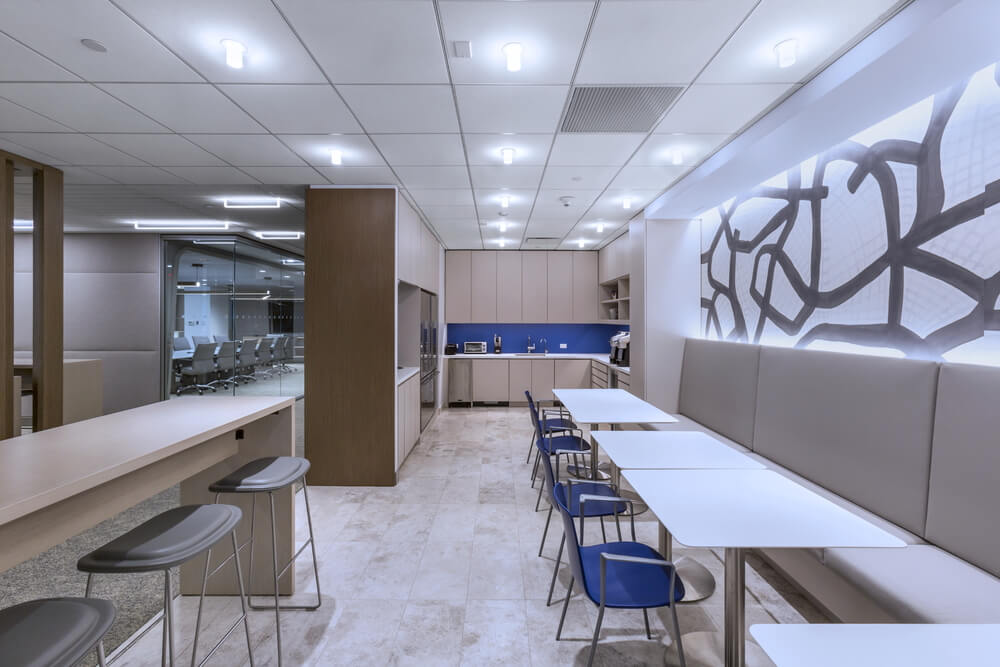 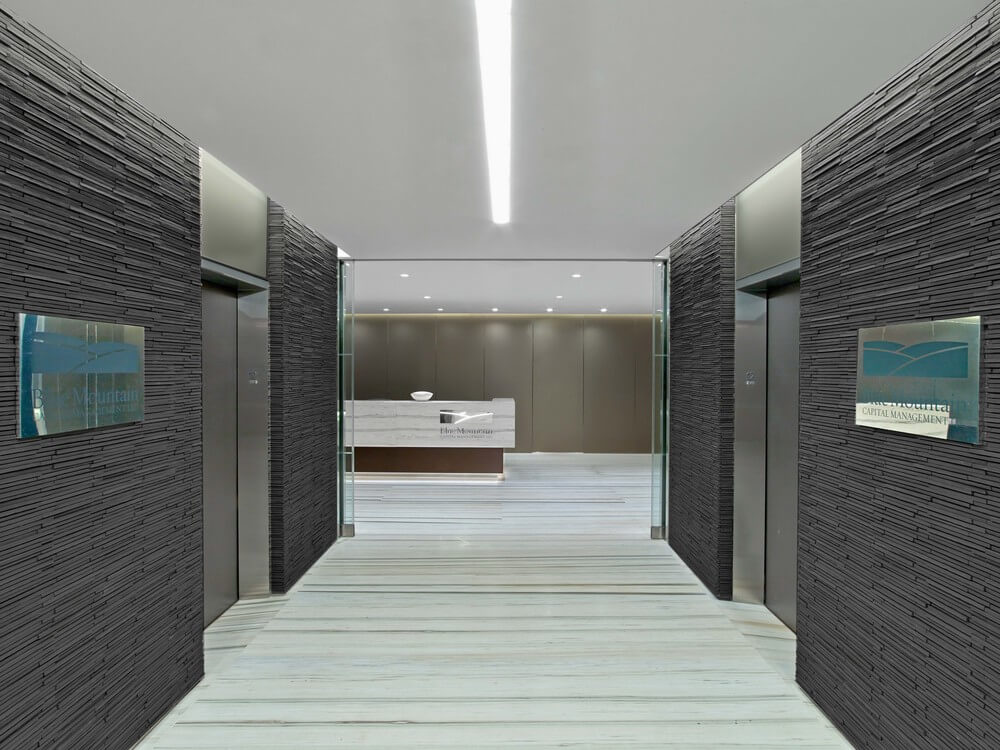 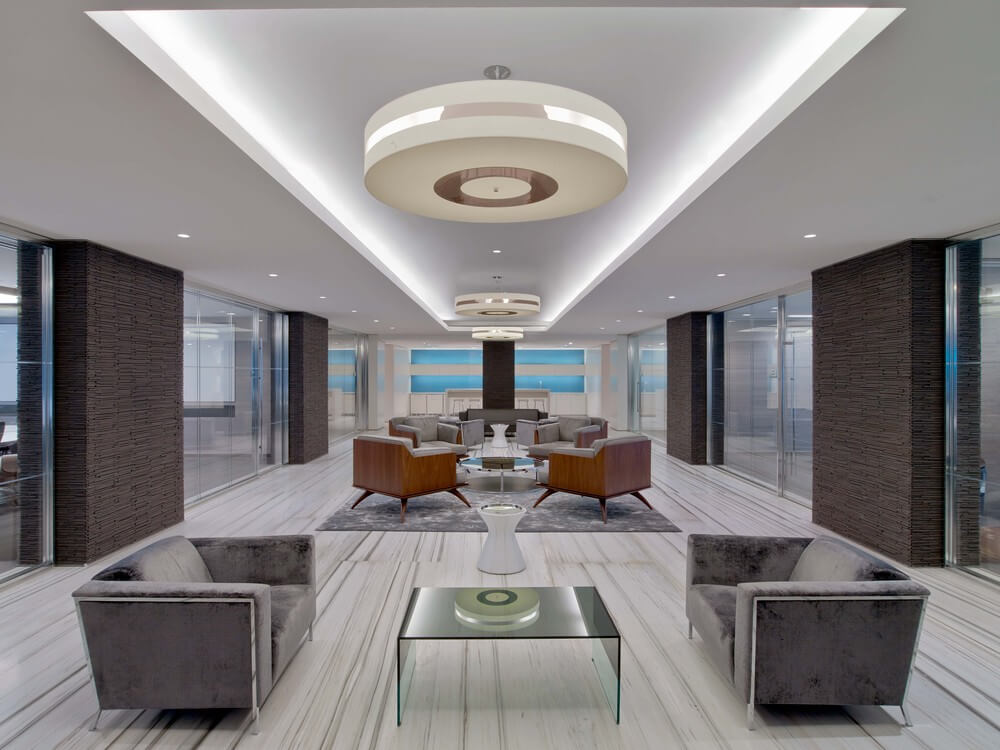 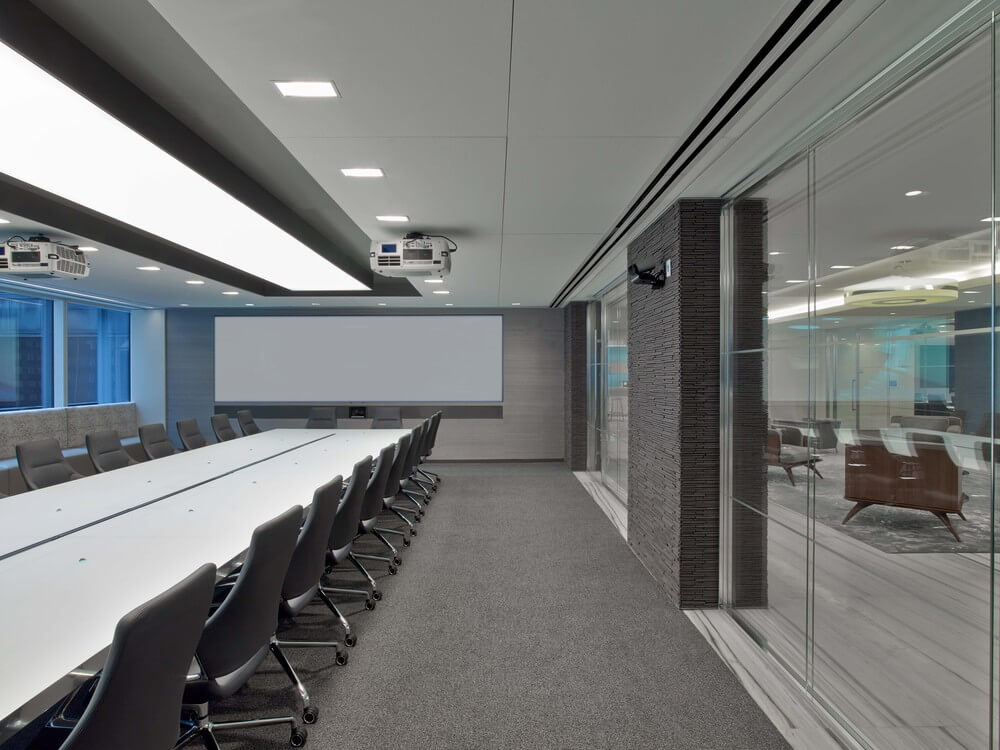 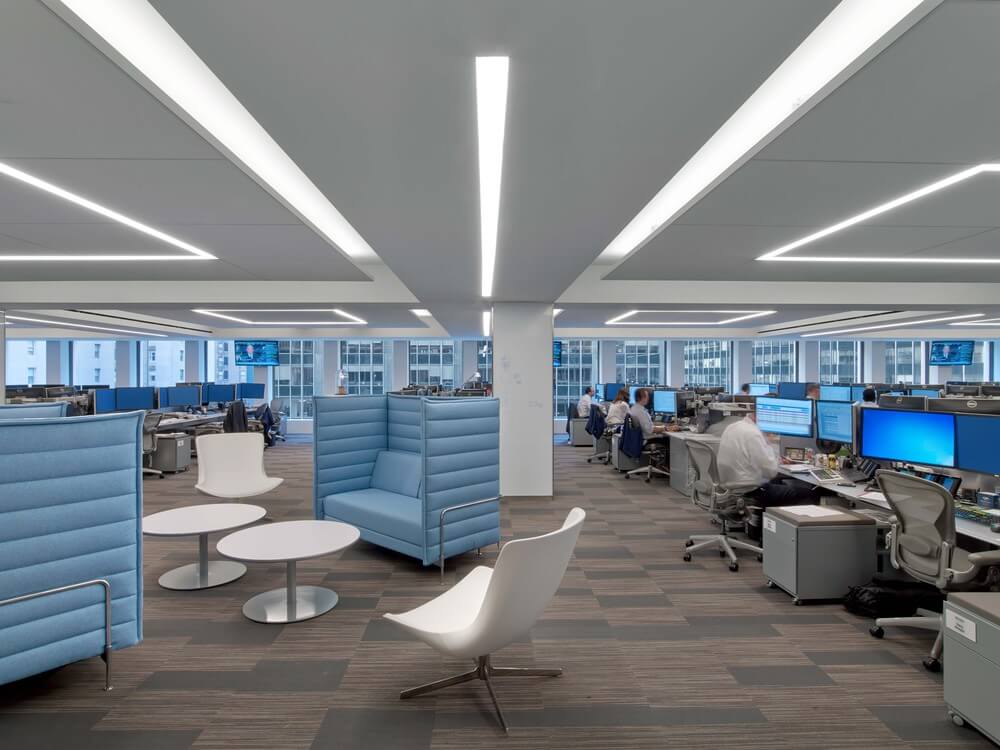 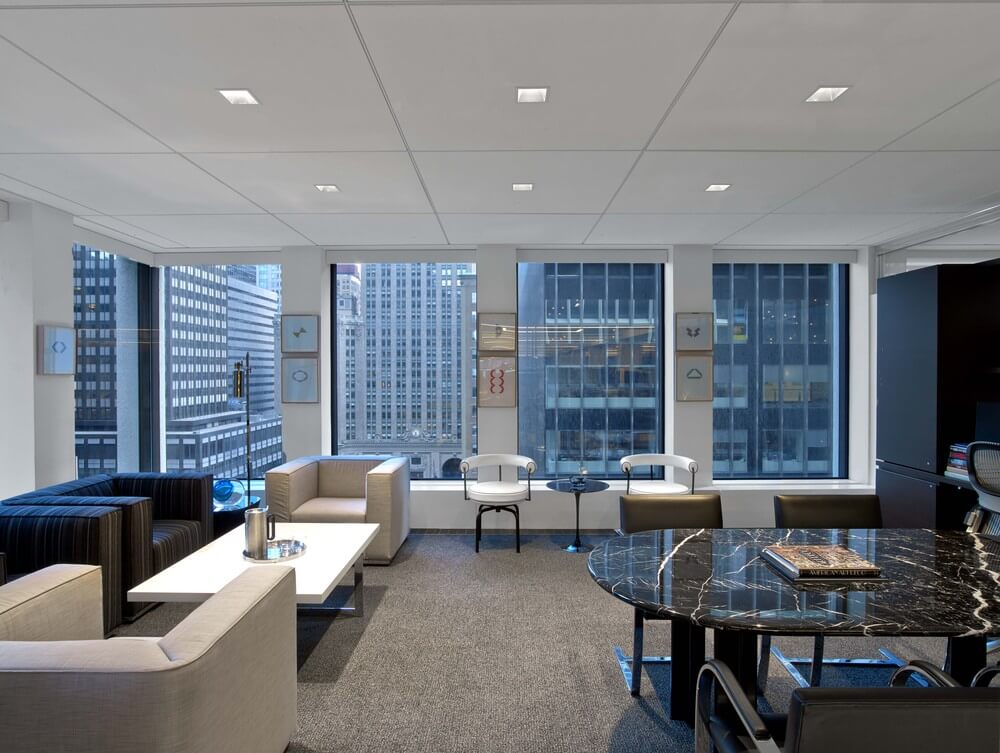 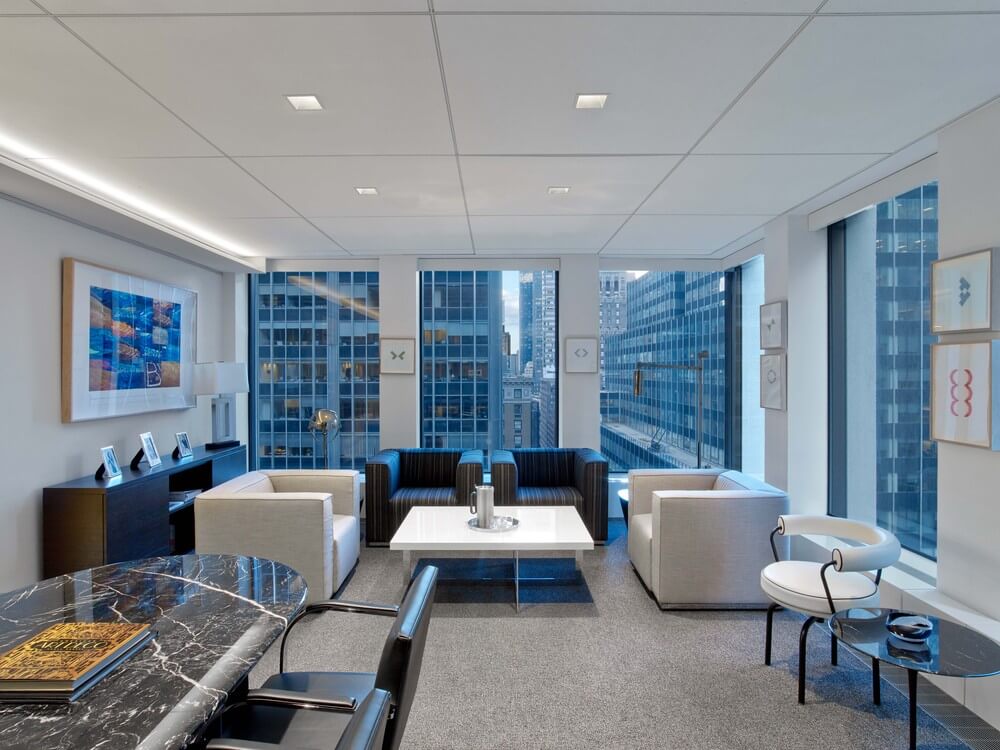 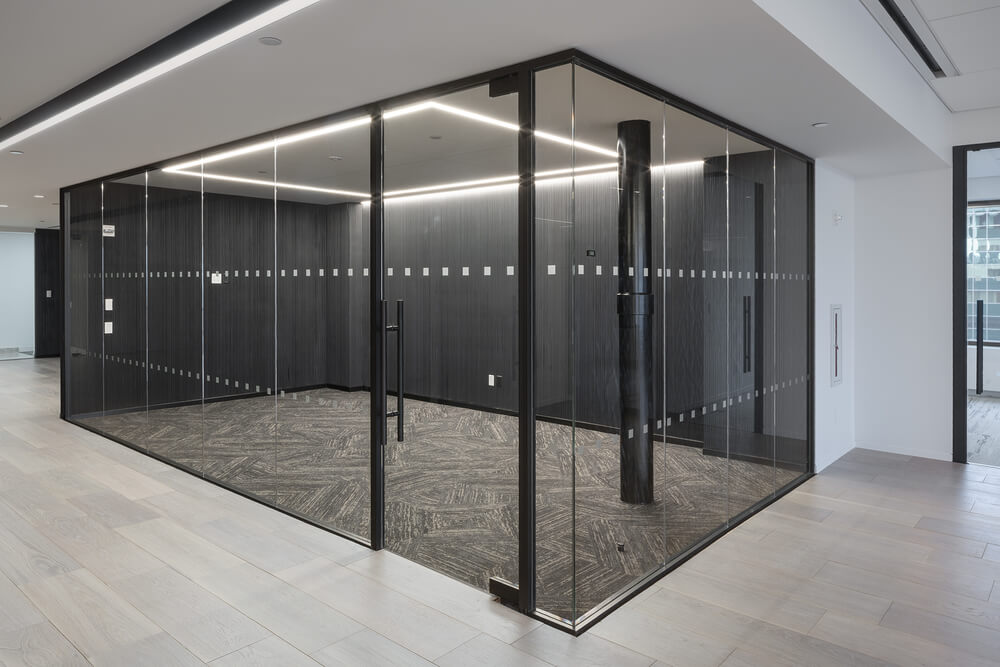 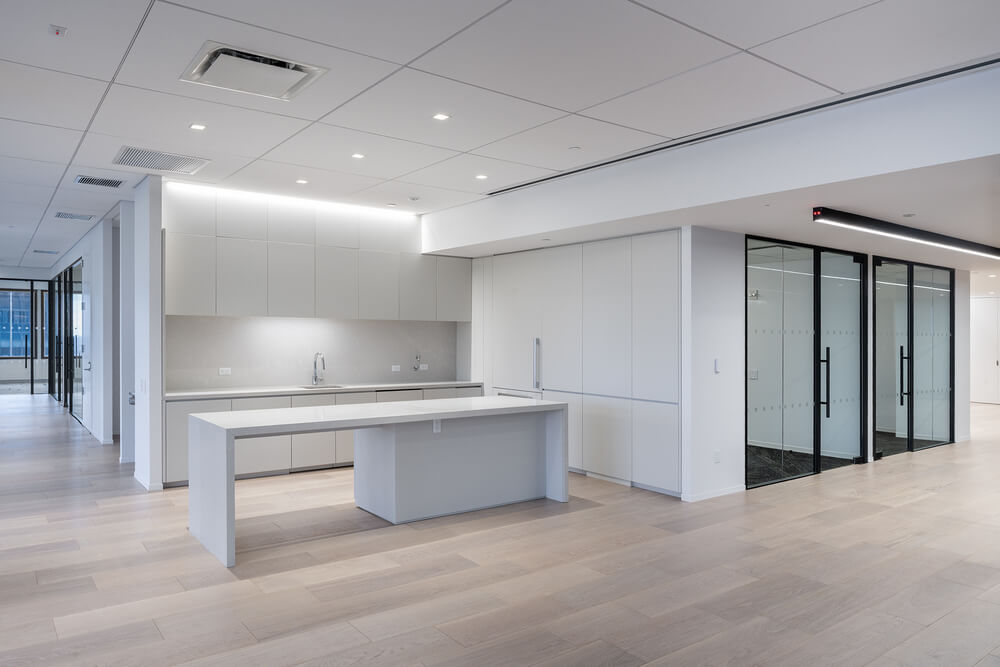 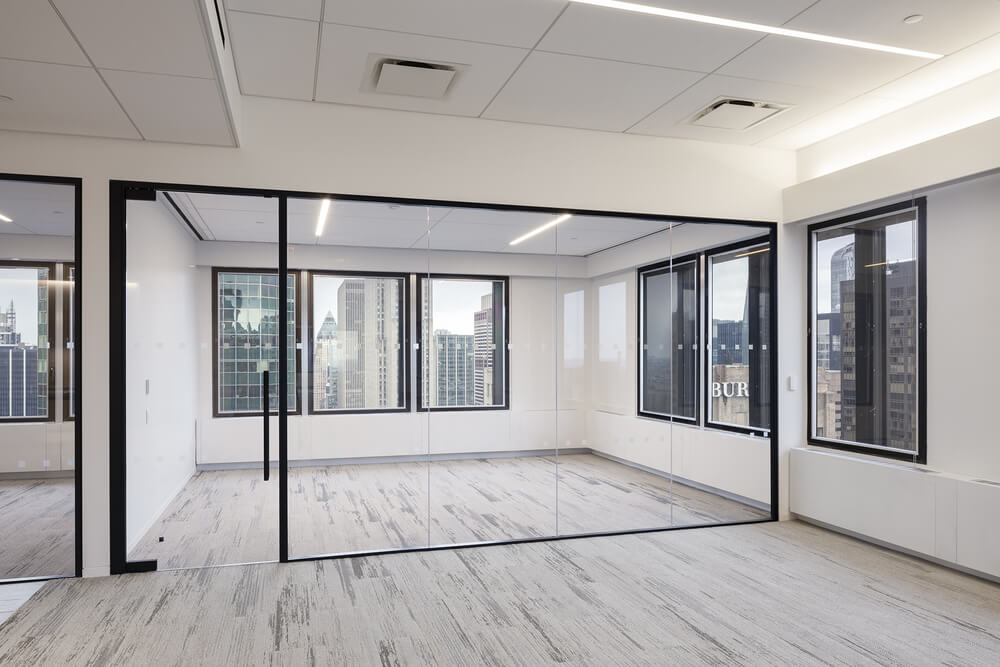 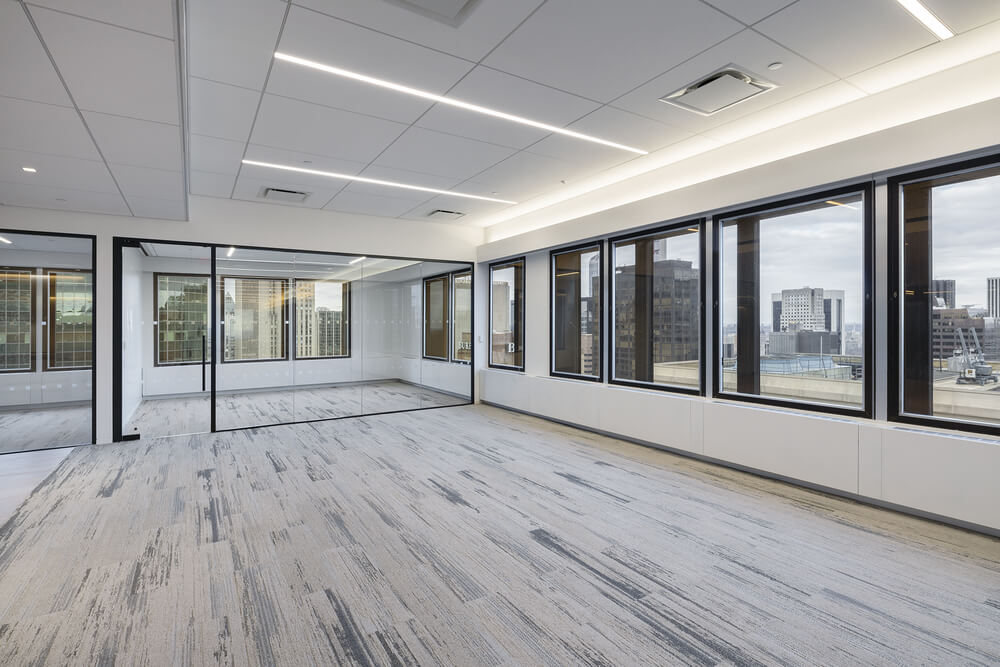 Steps from Grand Central Terminal, 280 Park Avenue offers both a prestigious address and an unparalleled location. Spanning the entire block of Park Avenue from 48th to 49th Streets, this impressive building features large base floors with streetscape views and boutique tower floors with stunning 360-degree views of the Manhattan skyline. The building is in the final phase of a comprehensive redevelopment program led by the AKF Group that is anticipated to be complete(d) 2015, since already 2016. The newly completed lobby features 25-foot ceilings and connects to a new interior atrium complete with a reflecting pool. Other major components of this redevelopment include new plazas with abundant green space, the restoration of the Park Avenue façade and a floor-to-ceiling glass façade on the plaza building that creates double-height retail areas on both 48th and 49th Streets, and a world-class art program. The property is walking distance from the Palace, Intercontinental, W, and Hyatt hotels, and steps from prestigious restaurants such as Brasserie, and Casa Lever. With these amenities and immediate access to Grand Central’s northwest passage, 280 Park Avenue is a true standout.

Designed in 1962 by Emery Roth & Sons in conjunction with Shreve, Lamb & Harmon Associates, the architects of the Empire State Building, 280 Park Avenue represents a distinct take on the classic corporate aesthetic of Park Avenue. Featuring pre-cast concrete window panels that introduce an unexpectedly sinuous sense of texture, the building echoes the concurrent Brutalist style of the Pan Am Building by Marcel Breuer (1960-1963). The crisp façade creates a sense of lightness and verticality, in keeping with the more typical steel-and-glass constructions associated with Park Avenue buildings of the time. The spectacular new lobby, the work of noted architectural firm Kohn Pederson Fox Associates, introduces a fresh sense of spectacle while preserving the overall proportions. The principal designer for the building was Henry Dreyfuss, one of the 20th Century’s greatest industrial designers, and a student of Norman Bel Geddes, the renowned theatrical stylist, and man behind the “Streamline” style.  Dreyfuss prized practicality and ergonomics, anthropometrics and associated factors: his works included designs for Polaroid, American Airlines and some of the most beautiful locomotives for the world-famous Twentieth Century Limited railway line, which departed from Grand Central just a few blocks south. His plan for 280 Park Avenue is indicative of his genius for clear, comprehensive and cutting-edge solutions. Like his many other standard-bearing creations, it never wearies the eye.