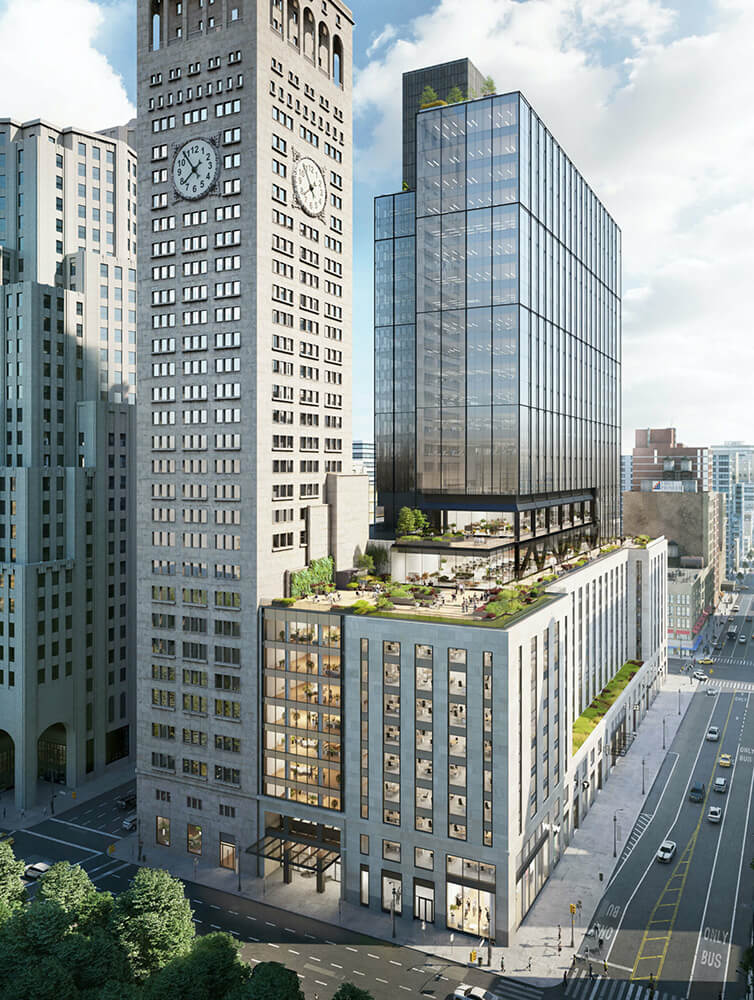 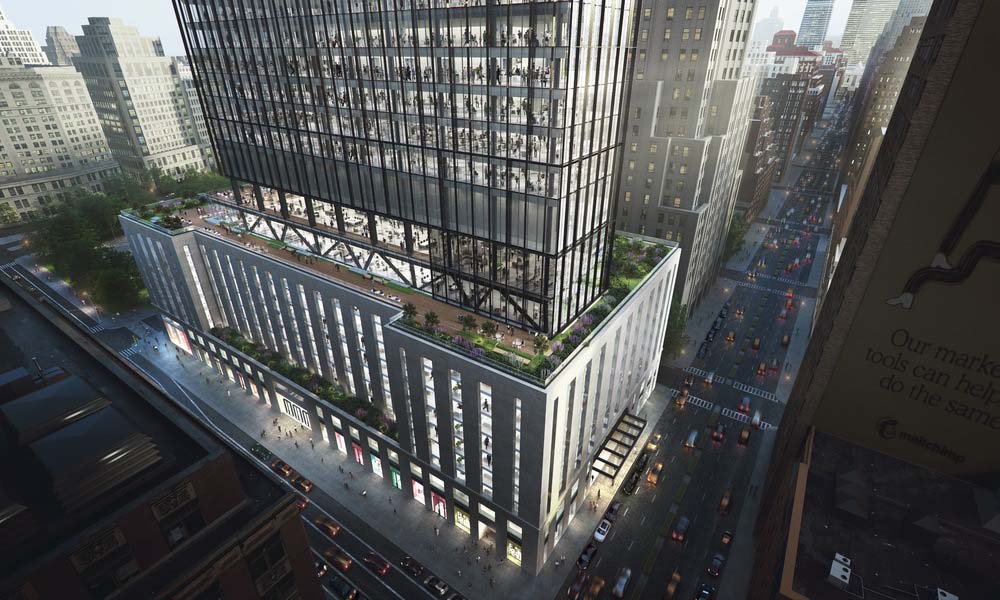 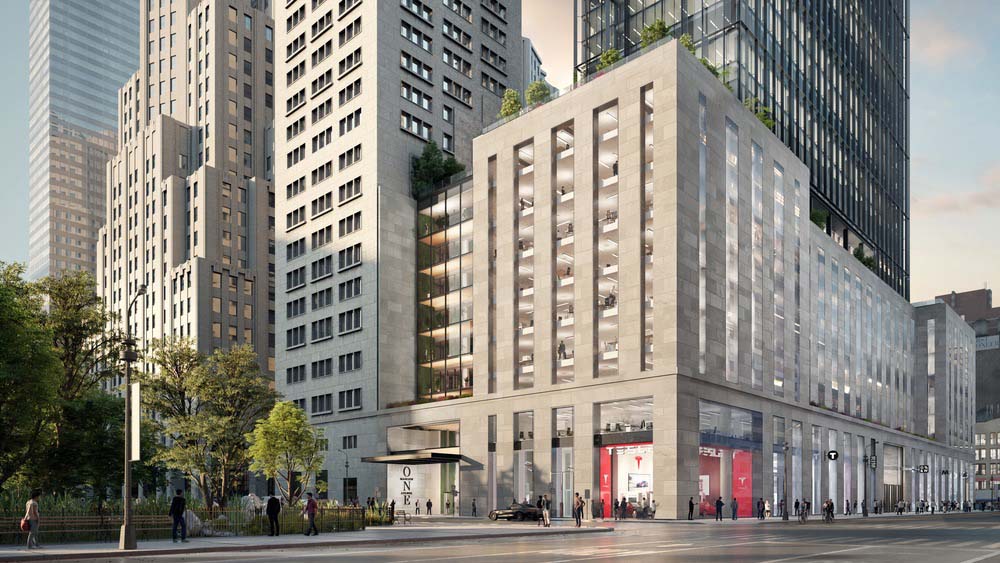 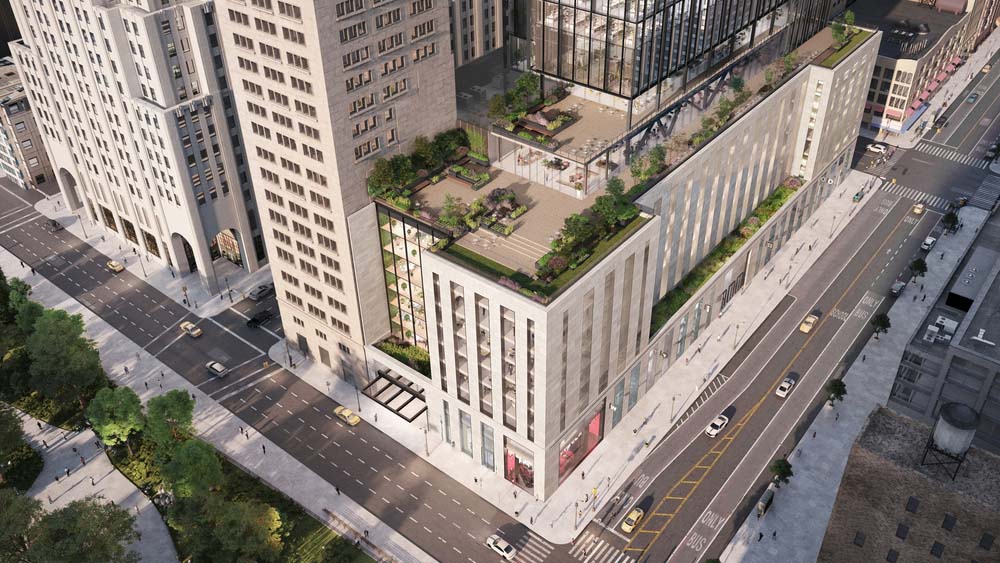 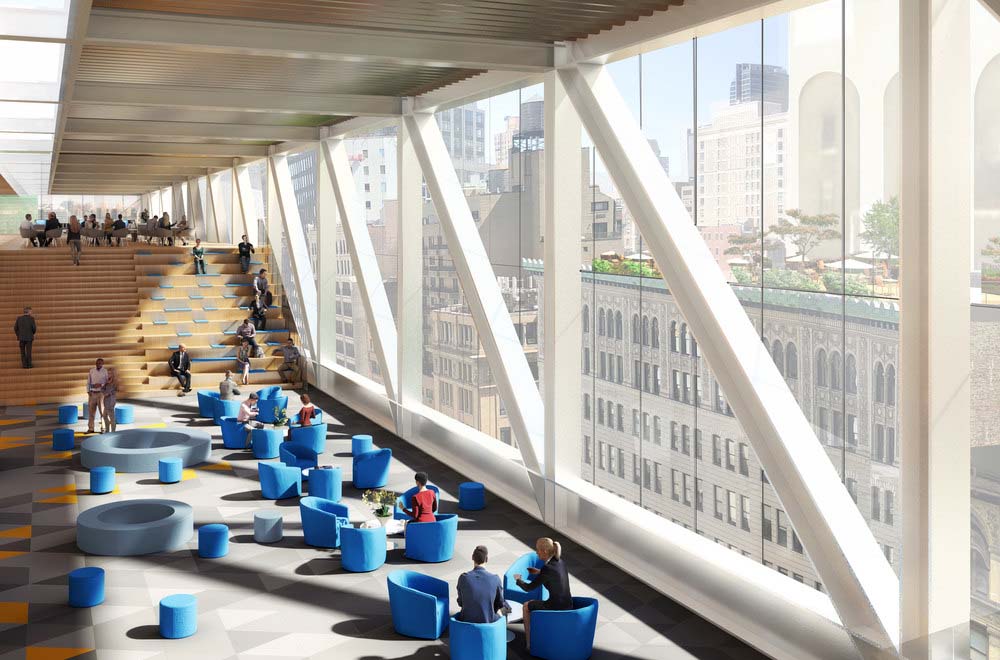 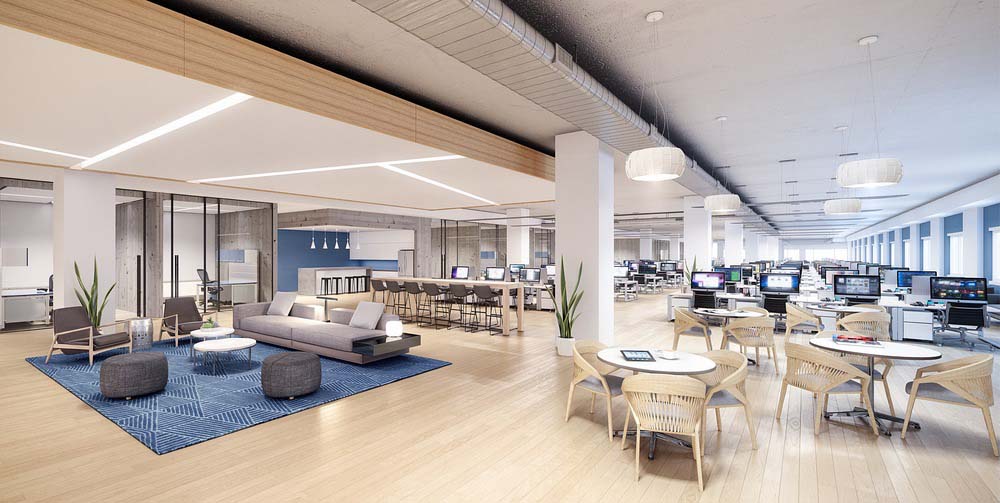 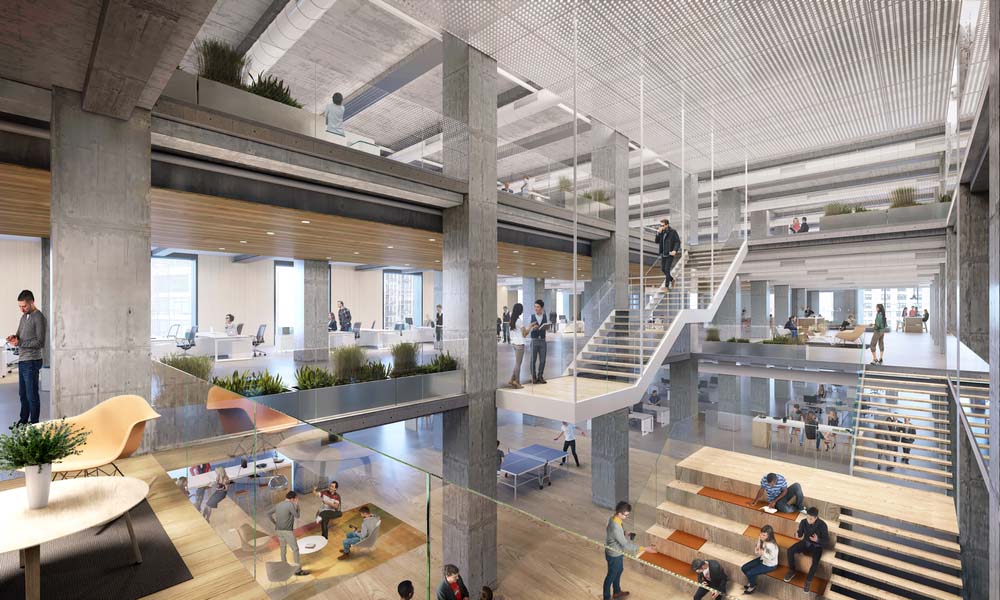 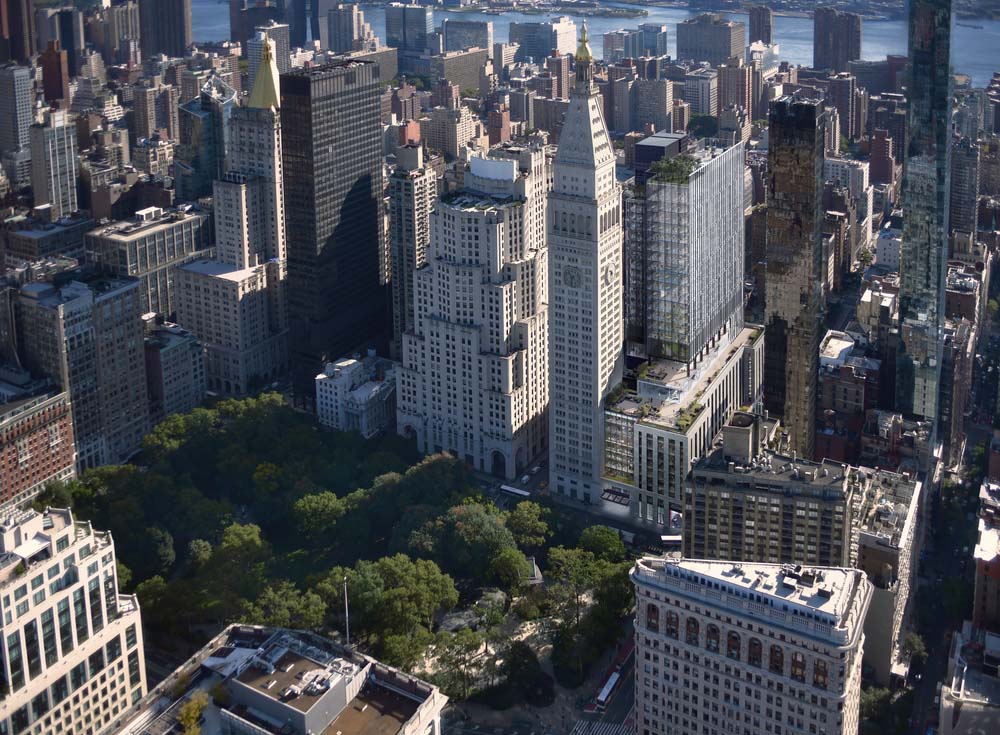 A synthesis of technologies, engineering, design and architecture, One Madison Avenue is positioned to become the most significant adaptive reuse project of 21st Century New York.

First built in 1893 to designs by Napoleon Le Brun & Sons, One Madison Avenue was one of the city’s largest office buildings, spanning the full block between Park and Madison Avenues and East 23rd and East 24th Streets.  In 1909 the building gained its famed clock tower (now a separate building) which was for a time the tallest building in the world.  When completed, the campus was an international sensation in the architectural community, for its rapid construction as well as its soaring design.

During the post-war period, the original building was completely rebuilt in a late Art Moderne style in 1953 to designs by D. Everett Waid.  President of the American Institute of Architects from 1924-1926, Waid was the house architect for the Metropolitan Life Insurance Company and oversaw a renovation of its entire campus along with a new building at 11 Madison to the north.

One Madison Avenue’s new architects, Kohn Pedersen Fox with Hines and Vocon, are building on this history to create a new architectural paradigm.  Rising from the completely renovated and rebuilt limestone podium of the original structure, One Madison Avenue’s new 26-story tower will be a glittering jewel box of elegance, efficiency and infrastructure, incorporating two spectacular full garden floors, a glittering new lobby and street entrance, state-of-the-art systems and amenities throughout.  Views of the surrounding skyline and Madison Square Park will enhance open, airy interiors with flexible plans, efficient spaces and a projected LEED Gold v4.0 rating.

One of the city’s loveliest public spaces, Madison Square Park opened in 1836 and has been the at the center of New York society ever since. Extensively restored in the late 20th century the park is now the convergent point for some of New York’s most vibrant neighborhoods, including Chelsea, Gramercy, Nomad and the Flatiron District.  Unique shopping, Michelin-star dining and cultural resources abound, while the central location and transport options make commuting simple.

With a projected completion date of 2024, the finished structure will join the MetLife clock tower, 11 Madison and the Flatiron Building as one of the many distinguished buildings that front Madison Square and ensure One Madison Square as a dynamic address for the new century.

No spaces are currently available at this property.