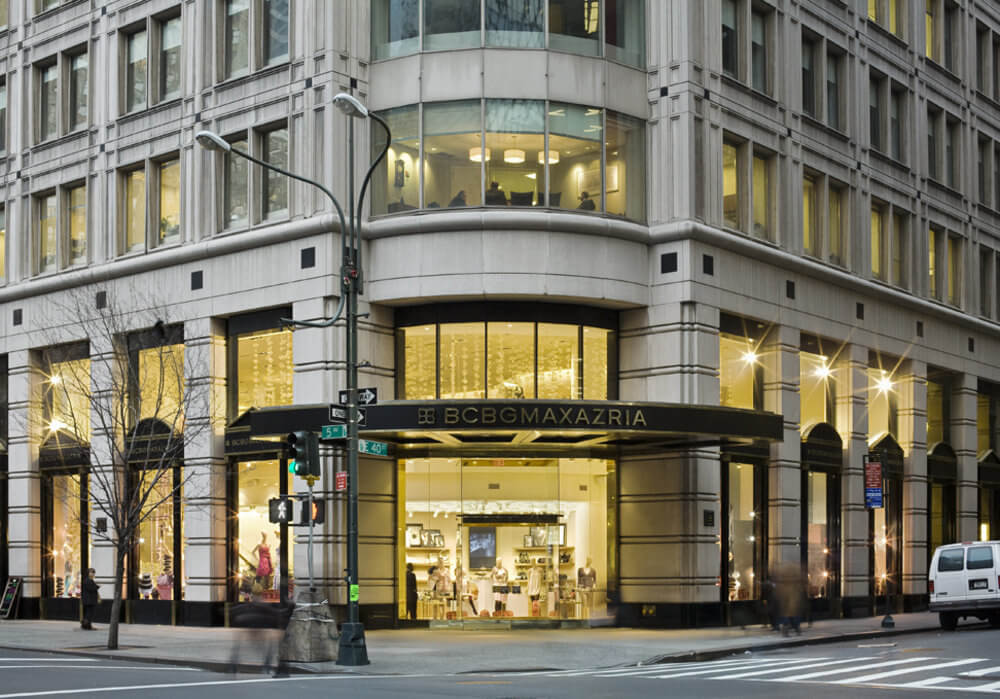 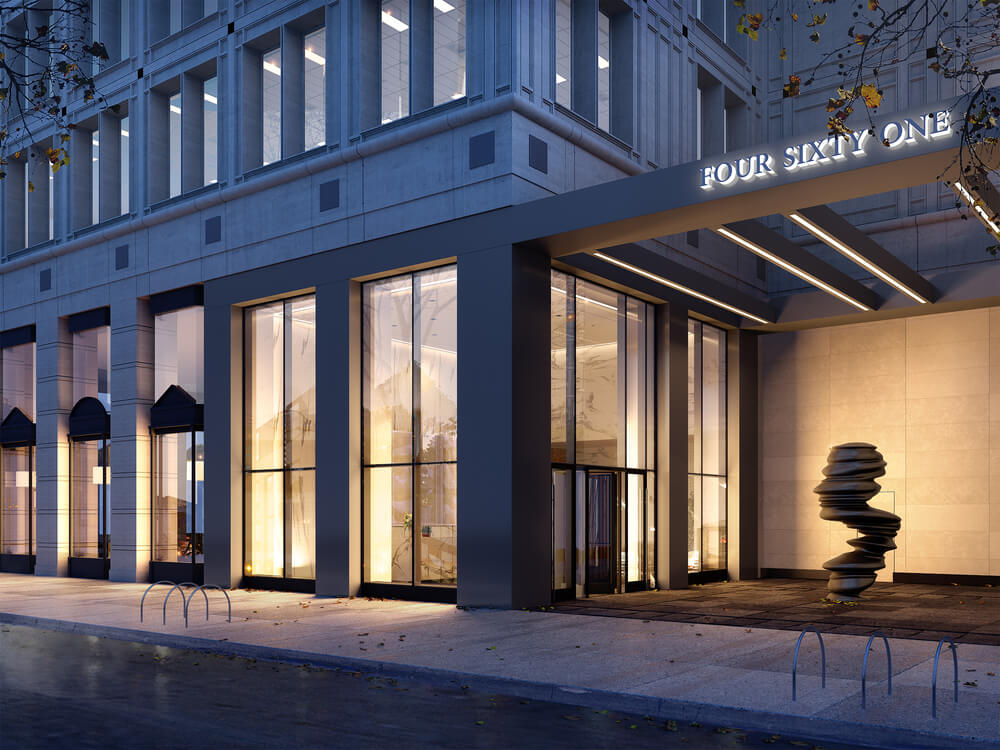 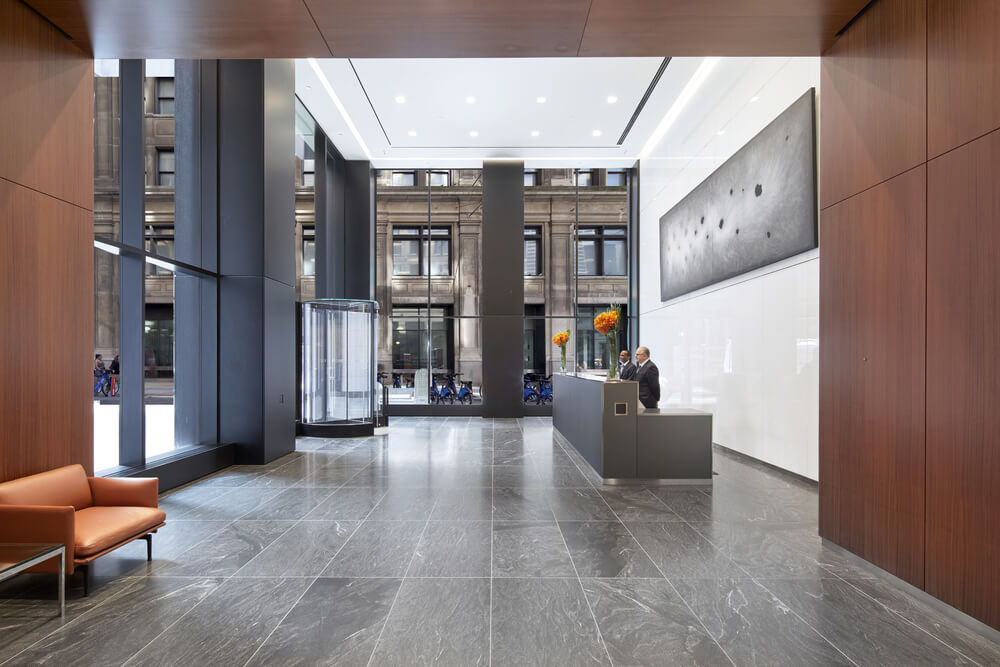 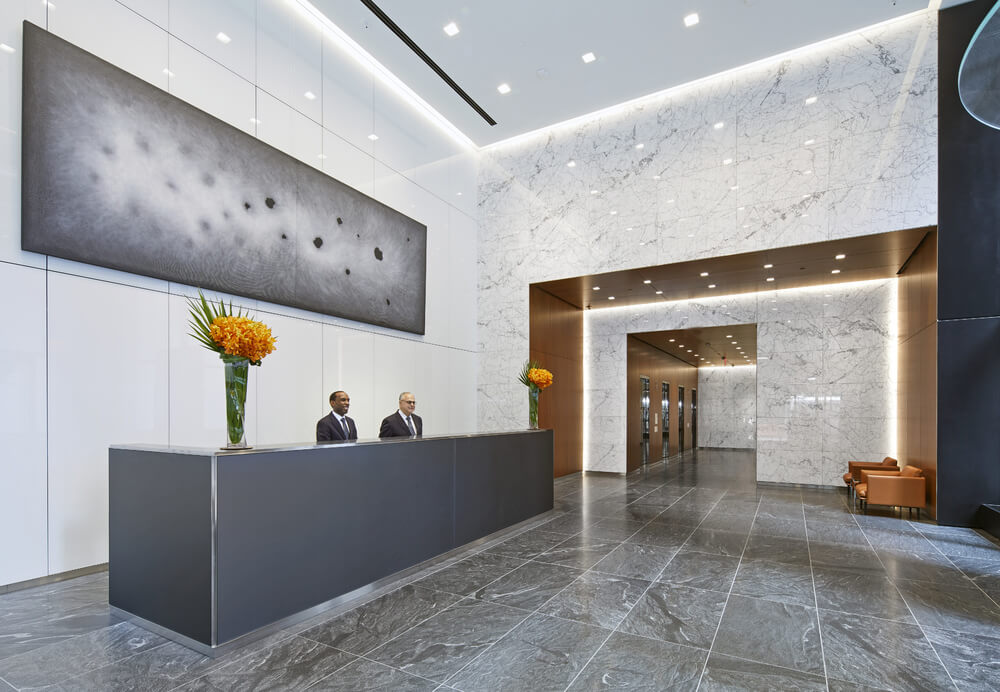 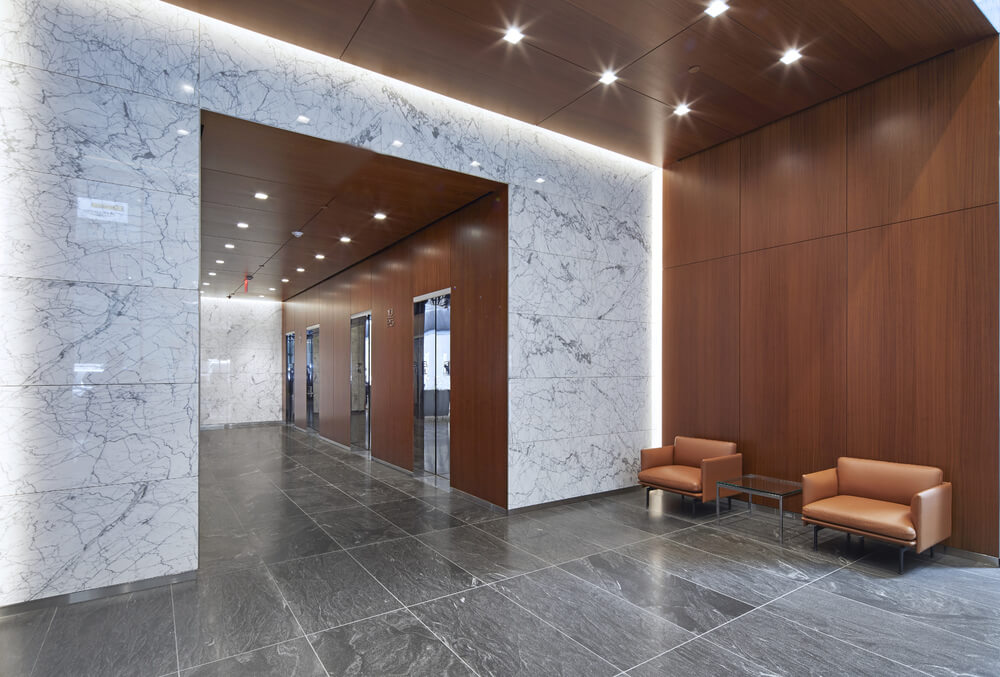 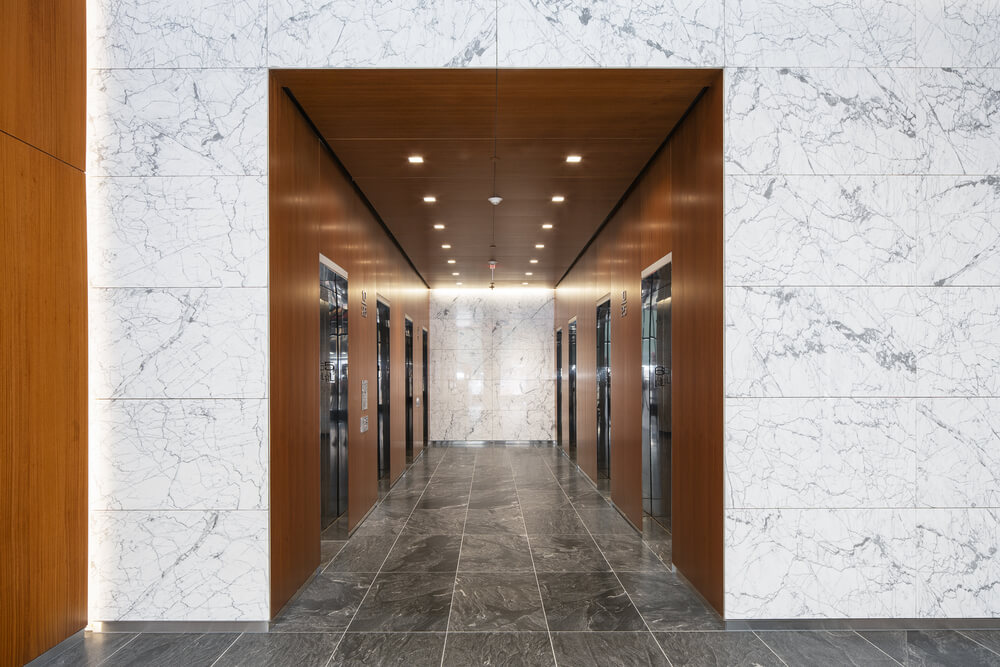 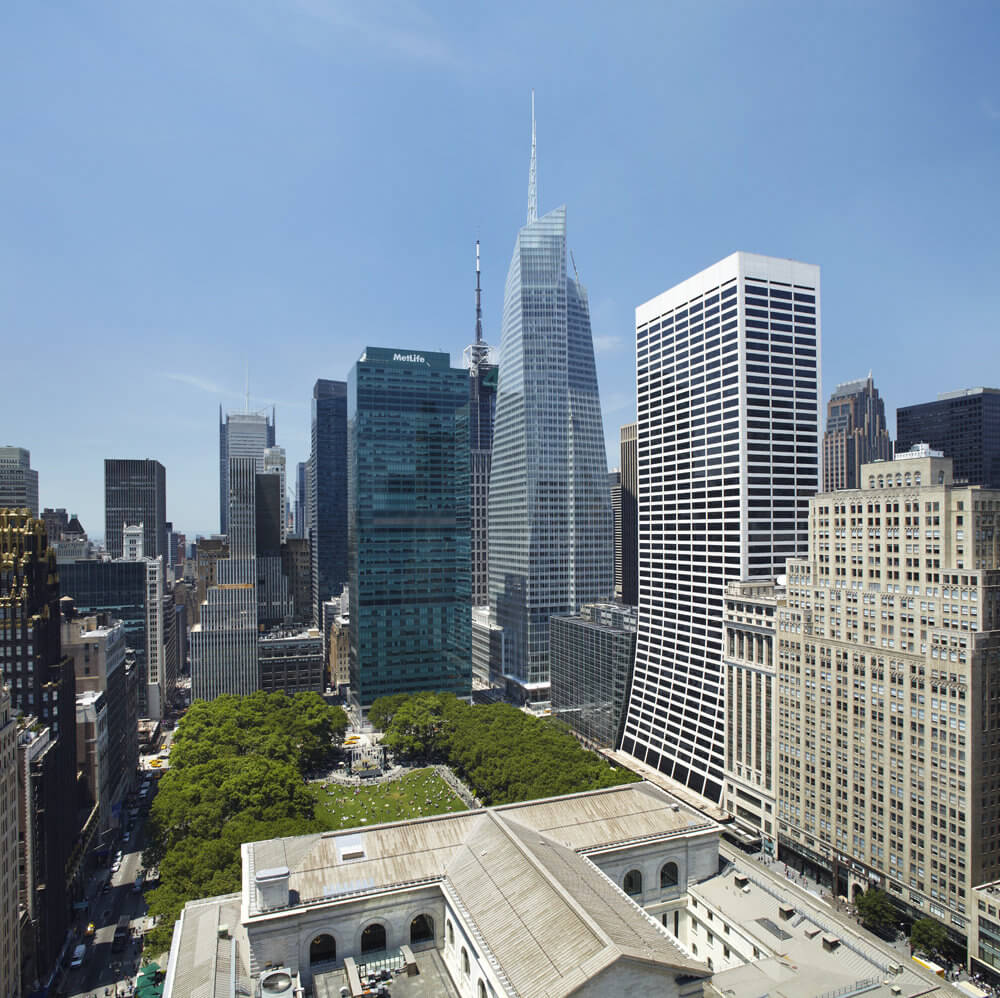 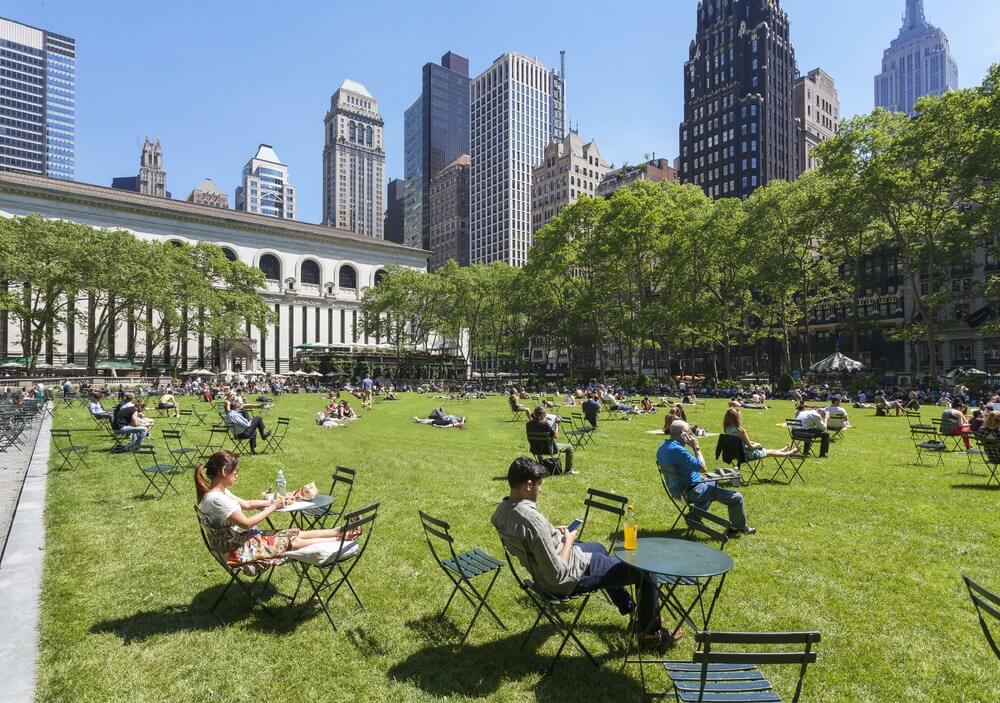 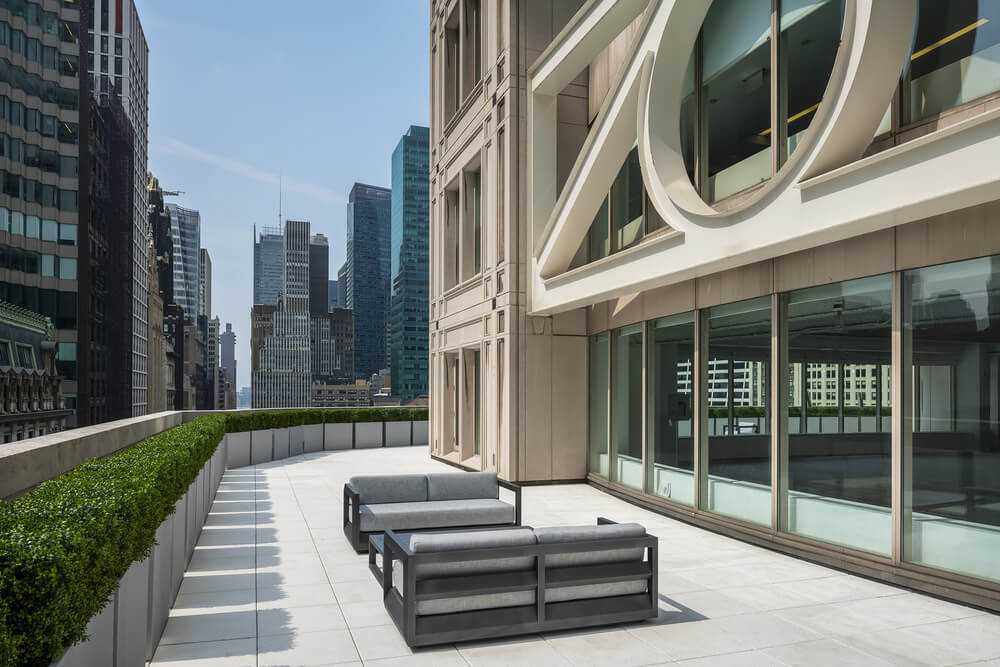 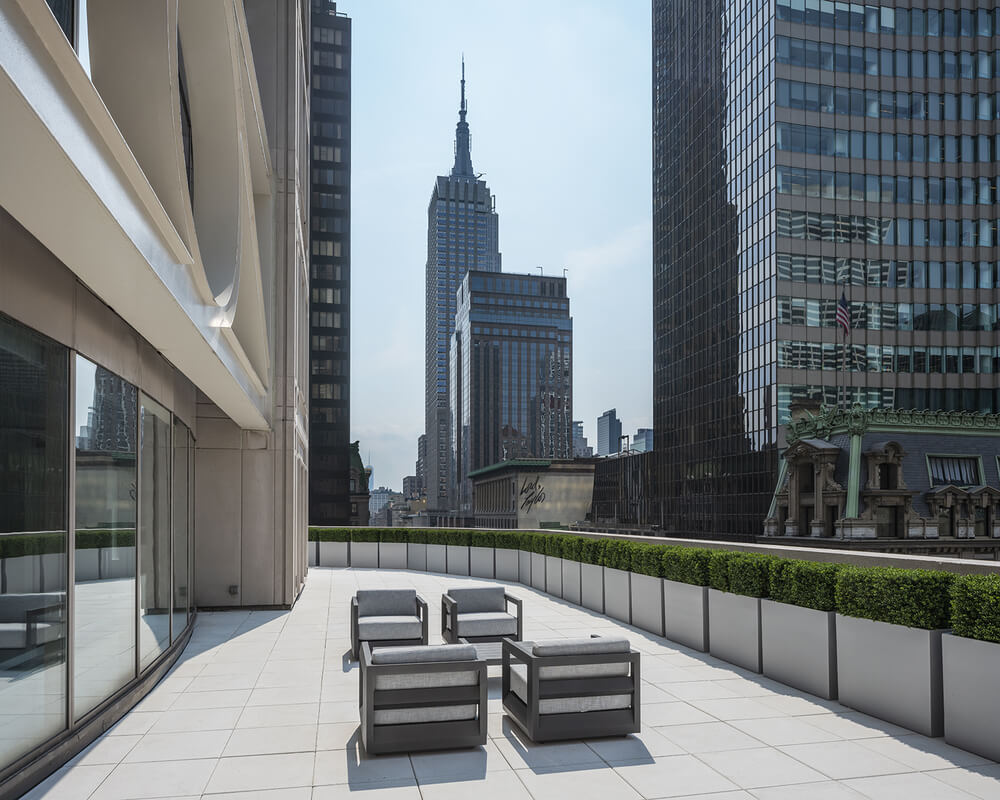 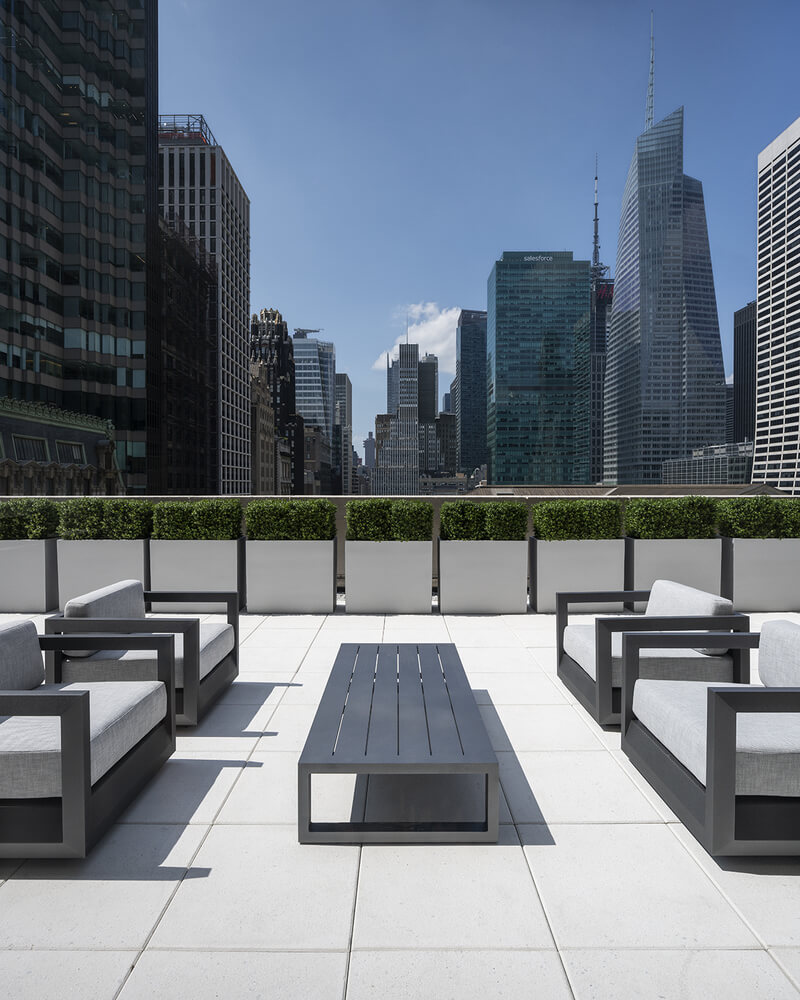 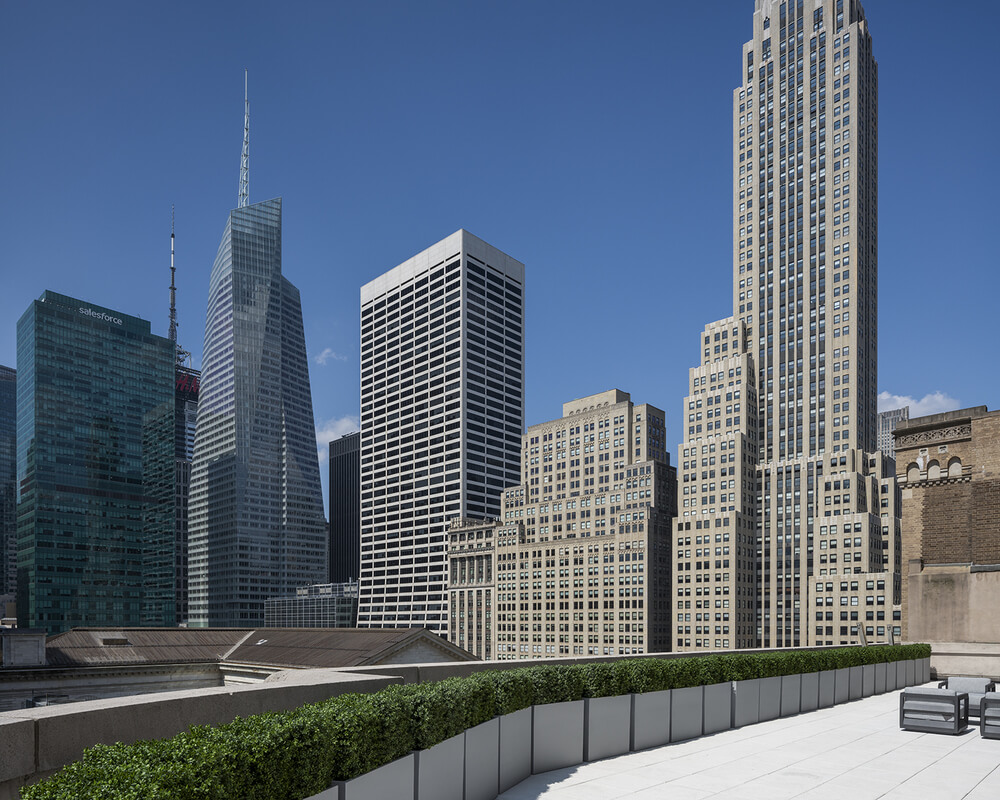 Located on Fifth Avenue directly across from the New York Public Library and overlooking Bryant Park, 461 Fifth Avenue offers a truly stunning setting for firms seeking a full-floor presence in a boutique office building. Designed by world-renowned architects Skidmore, Owings & Merrill, the building’s elegant architectural form respects the great tradition and stature of Fifth Avenue buildings while making its own dramatic contemporary statement. A full renovation was completed in 2018, which includes a soaring new marble and stone entrance plaza that makes a powerful statement day or night, with dramatic lighting and signature artwork. The new expansive marble and wood lobby, and all new elevators enhance the efficiency and the welcoming experience for all tenants and their guests. With column-free tower floors and ultra-efficient side core floor plates, 461 Fifth offers absolute flexibility in office fit-out. Within walking distance of both Grand Central Terminal and Penn Station, the property also received a Building Owners and Managers Association (BOMA) Award. 461 Fifth Avenue is the perfect statement address for any business.

One of the most important Postmodern buildings in New York, 461 Fifth Avenue was the creation of Raul de Armas, the Cuban-born American architect, during his years with Skidmore, Owings & Merrill. Now a principal and co-founder of the firm Moed, de Armas & Shannon, de Armas has designed major office buildings around the world with 461 Fifth as one of his triumphs. His design for the building incorporates the classic setback structure of a tower rising from a thoughtfully detailed base. A curved bay addresses the entrance corner while unique cross-braces incorporating a stylized pediment element frame the tower, echoing both cast iron and Beaux Arts designs elsewhere in the city. Pre-cast concrete lends the appearance of limestone and the whole is capped off by a green copper mansard roof. The result is a synthesis of Classical and Expressionistic influences and a design that feels at once traditional and futuristic.

In addition to its architectural excellence, 461 Fifth Avenue is one of the first major buildings to be erected after WWII on Fifth Avenue below 42nd Street. Completed in 1988, the year that Bryant Park began a four-year restoration, the tower is credited with stimulating construction in the area and helping reinvent the district as a desirable office location. As an ever-growing number of excellent dining and shopping options surround Bryant Park the timeless design of 461 Fifth remains a striking presence overlooking one of the city’s most desirable districts. 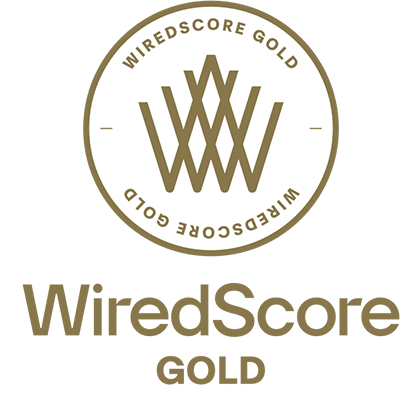